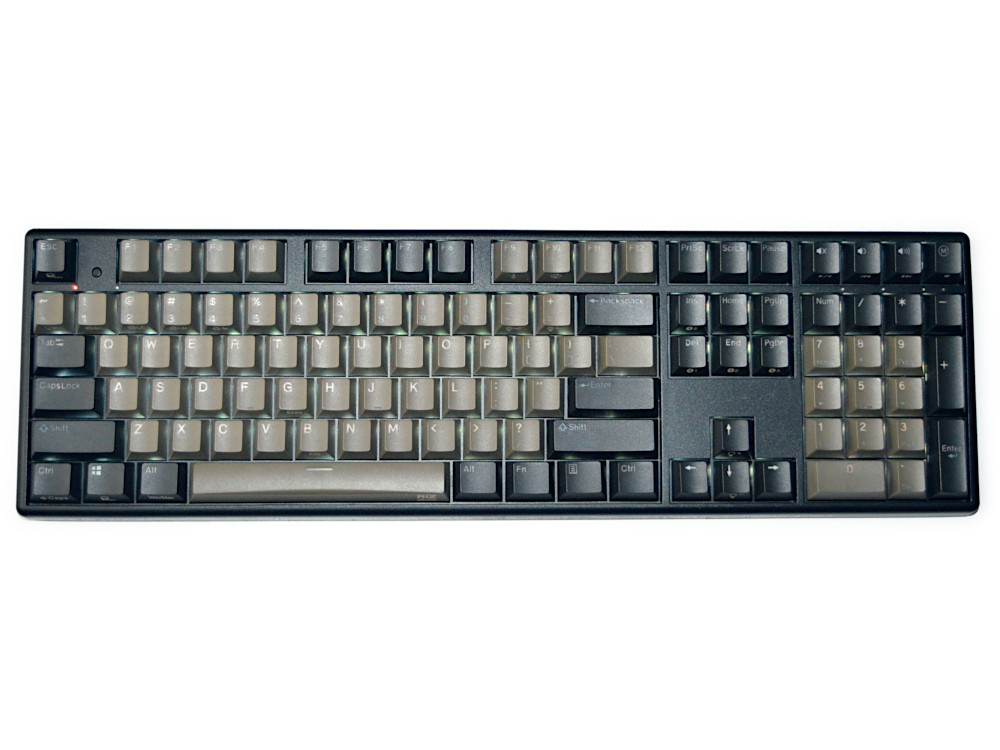 The x108 is a 108 key Bluetooth keyboard with a standard USA layout including an Fn key, a programming key and 3 multi-media keys, it can be connected via the detachable USB cable or via Bluetooth, you can connect to and freely change between 3 Bluetooth devices and a wired device.

The x108 uses 35g Electro Capacitive switching similar to Topre switching but with the addition of being compatible with Cherry MX keycaps. Also included are 40+ additional 10g/20g springs that can be added under a keycap to increase the switch weight.

The keycaps are black and dark PBT with clear legends so the RGB bascklight can illuminate the legends through the keycap, the function key works the same on most of the keys but can be programmed to perform different actions as the layout is programmable and between ESC and F1 is an on/off button (hold for 3 seconds.)

The RGB backlighting has several different modes/effects and can also be programmed.

Included is a detachable USB C to standard USB A black braided cable, this plugs in under the keyboard, a wire keypuller, 4 Mac keys for Mac mode, an EC switch key keyring attachment and some replacement stabilizers (Filco style) and key plunger and a dedicated USB transceiver.